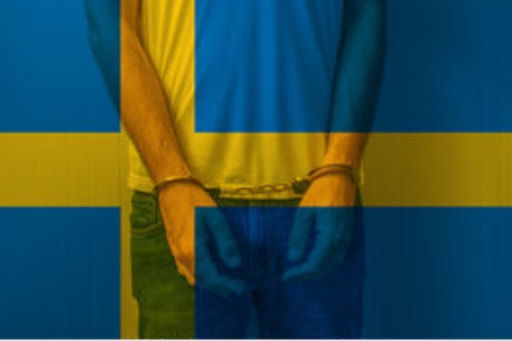 Crime in Sweden was very low until a lot of immigrants came since the 1970s and that can be noticed when:
-The immigrant ghettos are the places in Sweden that has the highest crime
Malmö is nicknamed little Chicago because of the all the crime and the city has over 40% immigrants
-Second highest rape in the world in % of population
The media lied and said that all the rape was committed by Swedes (anyone in Sweden is Swede) or they report about the crime but do not tell you who did the crime
When Norway did the same study in Norway they found out that 95%+ of the rapes were done by immigrants (Norway has never called immigrants for Norwegians)

Does that mean you should not live or travel to Sweden?
No not really, Barcelona and Mexico also has high crime but people still go
Just be careful if your out at night and do not go to the bad parts of town and you will be fine

In the 1980s it was decided in secret that all mainstream media (tv, radio, newspaper...) would tone down the bad sides of immigrants by either calling immigrants Swedes (they said that anyone living in Sweden is a Swede) or by making the faces of the criminals (on photos and videos) more Swedish looking (make skin lighter...) and if you complain you are called a racist and can for example lose your job
In the early 21 century the government started calling all immigrants for "new Swedes" but that has been challenged since SD entered the parliament


In 2010 SD entered the parliament (see POLITICS section)  and after that nothing has been the same since SD has openly said how it is in Sweden:  immigrants are not Swedish, second generation immigrants are not Swedish because they do not have a family history in this country...
The other parties kept saying the same old things: do not judge a whole group (Muslims) because Swedes also do crime...  but since SD is now on radio, tv... and giving an other side of the story more and more Swedes are opening up and voting for them
Even many immigrants vote for SD because they can see that many Swedes look bad upon them even if only a few immigrants do crime and the fact that the other parties have never really tried to help the immigrants, just give them enough money to survive and make sure they are not homeless (even if it means that many immigrants who choose the ghetto live in small places/rooms with big families)
Many immigrants who come here can choose where they want to live so most choose ghettos because easier to get help when they do not speak Swedish and they can live with immigrants from the same home country they came from...
The governments since the 1970s have never done anything right
They open places in ghettos where immigrants learn work skills but once the money runs out the places close down
The places do not make its own money to be self reliant
They try and do so if a work hires an immigrant its cheaper then to hire a Swede and that never worked either because:
a) Many Swedes have complained about this when many Swedes do not have work
b) Many workplaces takes an immigrant for a 3 month learning period (during those 3 month the government pays the immigrants) but after the 3 month the work never hires them
It is a cheap way to get free workers

Norway, Iceland, Finland and Greenland TOGETHER have way less immigrants and crime then Sweden
Japan has low crime but also low immigration and they are still influenced by the same violent video games and movies like the rest of the world

CONCLUSION
Do not blame the immigrants for all the crime, I hate multiculturalism, more money to the police...
Whatever you might think it`s another thing to add to your so called list when figuring out what to make of Sweden
﻿