IS SCANIAN (SKÅNSKA) A LANGUAGE? 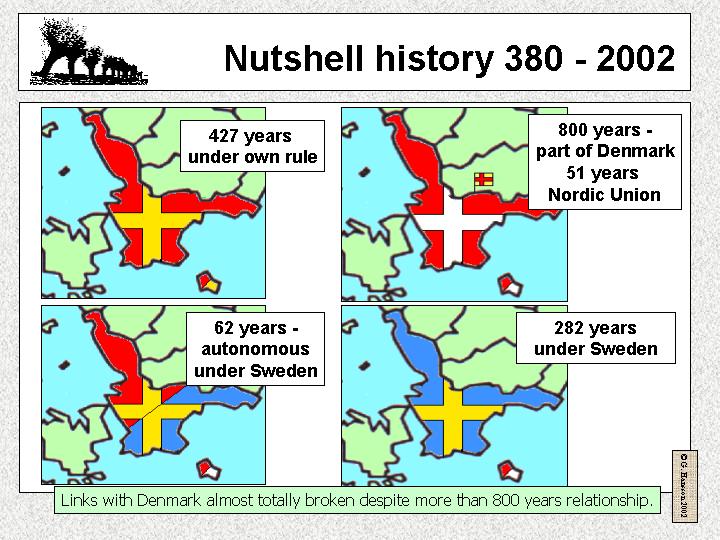 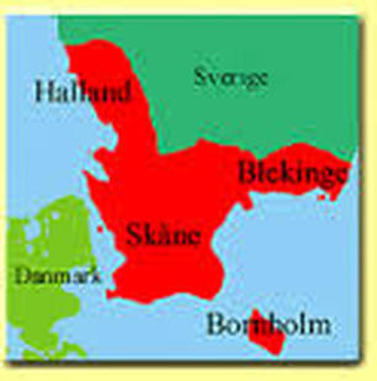 Sweden took the area called Skåneland (image above) from Denmark and forced the native population to become Swedish after Sweden won the second nothern war and in particular the Scanian war
Many rebellions took place but they all failed except one in Bornholm that managed to make the Island part of Denmark again in about 9 month and to this day Bornholm is still part of Denmark
Snapphane was the name given to the people in Skånskeland who fought with the Danes against Sweden's attempts to make Skåneland Swedish during the Scanian wars
The final verse mentions a "Rooster with a tounge of iron and a voice of lead".
In Danish, the "hammer" of a gun is called "hanen" (the rooster), probably due to its shape and the quick "pecking" motion it performs to ignite the powder.
Furthermore it produces a loud "snap" when the trigger is pulled thus the nickname for Scanian partisans, "Snaphane".
In other words the line is a clever pun encouraging partisans to keep fighting.

"There has been active campaigning from local Scanian interest groups to promote Scanian as a separate language though this has been rejected by Swedish authorities.
Swedish linguists generally view Scanian as just one of many local or regional Swedish (or Scandinavian) dialects, some of which differ considerably from Standard Swedish but don't meet the criteria of a separate language

Ethnologue is a site that tries to list all the worlds languages but when it comes to Sweden it only lists ÖVDALIAN (ÄLVDALSKA, English: ELFDALIAN) as a language and SKÅNSKA (SCANIAN) was removed as a language in 2009
A request for reinstatement was submitted during the 2009 annual review process but rejected on the grounds of mutual intelligibility

Today the Scanian accent is only spoken in Skåne and not in Halland, Blekinge or Bornholm
About 13.5% of Sweden`s population live in Skåne as of 2018