For one reason or another the Swedish government has only officially recognized 5 minority languages: Finnish, Meänkieli, Romani, Sami and Yiddish


The history of Sweden is complicated 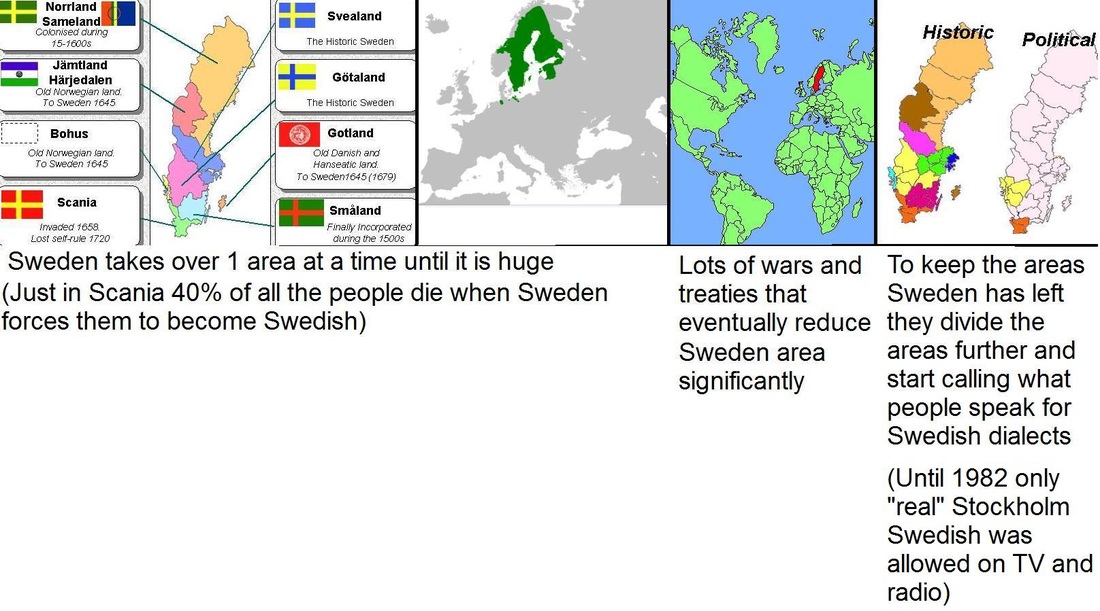 Ethnologue is a site that tries to list all the worlds languages but when it comes to Sweden it only lists ÖVDALIAN (ÄLVDALSKA, English: ELFDALIAN) as a language and not others like SKÅNSKA (SCANIAN), JAMTLANDIC (JAMSKA/JÄMTSKA) and so on
SKÅNSKA (SCANIAN) was removed as a language in 2009