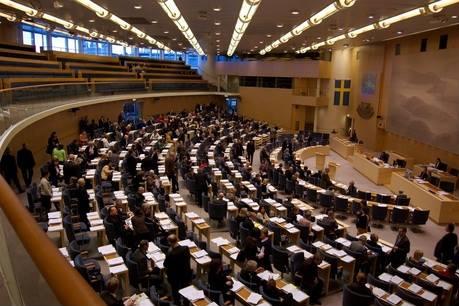 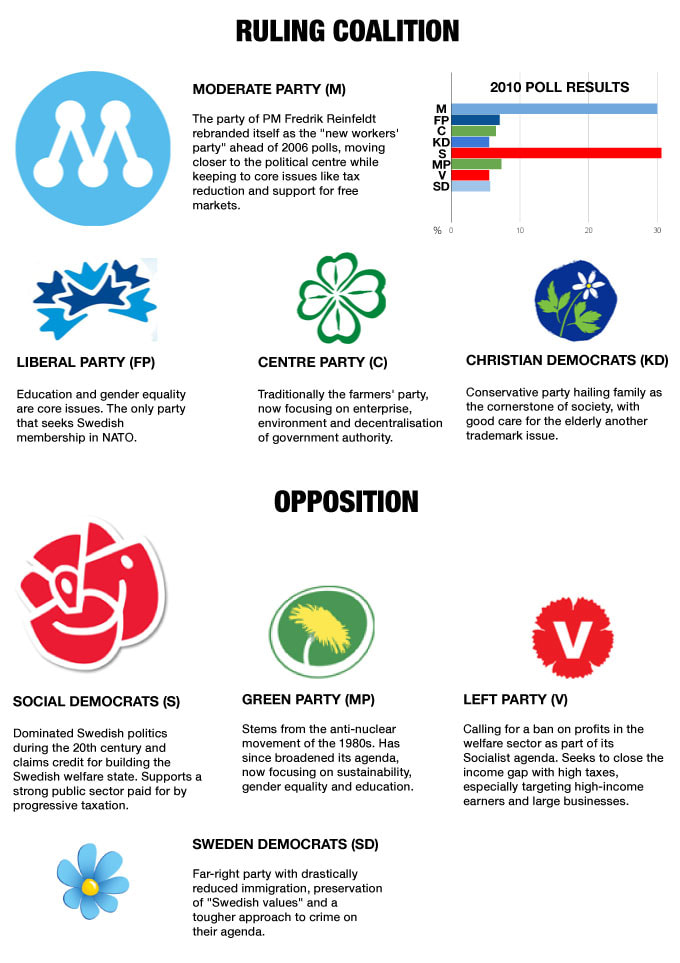 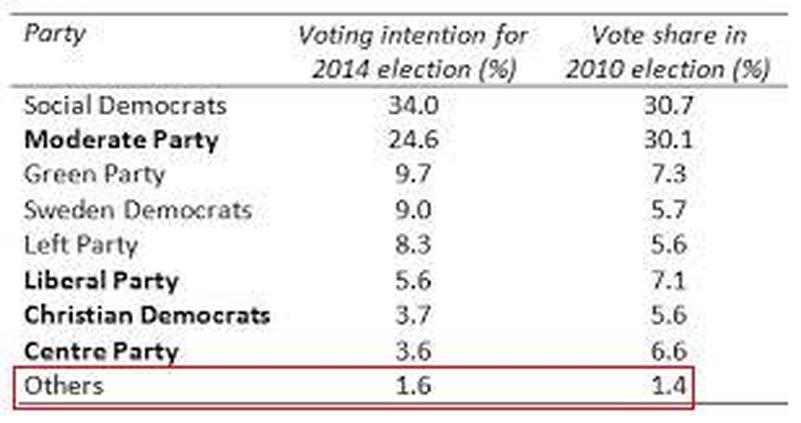 Some important demonstrations:
1. Salemmarschen a march that was held in Salem, Sweden in December between 2000-2010 (and in 2011 in Stockholm) when Daniel Wretström a neo-nazi died by a group of immigrants on 9 December 2000 and because of it he was considered a martyr by the far right and many national parties came to the march threw out the years
In 2000 the march had 2000 people but in 2010 only 700 people came
Video below has English subtitles
2. Folkets marsch was the second biggest demonstration in Sweden for nationalists held in Stockholm from 2005-2008 on Swedens national day (6 June)
Groups who attended were info-14 (old nationalists news agency 1995-2011), Nationalsocialistisk Front, Svenska Motståndsrörelsen, Nordiska Förbundet (2004-2010), Blood and Honour, Göteborgs Fria Nationalister (2004-still around with 20-40 members and some people from Legion Wasa
The march stopped because over 100 nationalists were arrested in 2008 for hate speech because in particular Svenska Motståndsrörelsen were shouting racist things and praising Hitler that the other nationalistic parties didn't like because it scared away average Swedes who they wanted to join the rallies

3. 1st May is very important for the far left because it the day of the workers but the so called far right also took this day and every year you can see speeches by far left/right groups in many cities and the bigger ones usually get violence
4. 30 November every year from 1853-2008 people would come to Lund, Sweden to celebrate Charles 12 (Karl 12) who was the King of Sweden from 1697-1718
Since about the late 1980s to 2008 is was famous for the fact that many national groups started to march threw Lund to the statue of the king where the far left would come and protest with violence
In 2008 the far right were only about 100 people
Back in the 1980s and 1990s many national parties were formed but they never got past the 4% nationwide votes needed to enter the parliament though they did enter some municipalities 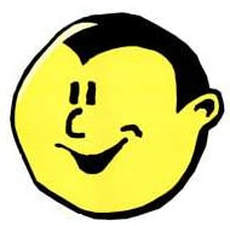 In 1991 Ny Demokrati was formed (party logo above) and 6 month later when the elections started the party managed to get 6.7% of the votes
It was the first national/anti immigration party to get over 4%
In 1994 with the new elections Ny Demokrati did not get 4% but parts of the policies they wanted were implemented like reduced taxes, personal voting (when voting for a party you can also vote for individuals in that party) and the immigration policies were improved

Party song from the 1991 elections
The party ceased to exist when it was declared bankrupt on 25 February 2000.
Laholm city council representative Elver Åkesson retained his seat until the 2002 elections, the last active member of the party to hold office.
New Democracy" was founded again in April 2002 under a new organisational registration and attempted to run for the 2002 elections but received a mere 106 votes nationwide.
The party's website was shut down in March 2005 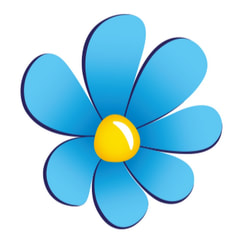 Another party called Sverigedemokraterna were formed (party logo above) in the 1980s and like many national parties they got few votes, attracted lots of skinheads and racists, came in to some municipalities but other then that not much happened
In the late 1990s the party became more "normal", they toned down the racist image even thought they were still strongly against the immigration system and so on
What happened was that more and more people started to vote for SD so the media and government tried to ignore the party
They were never allowed on tv, radio... and if the media did talk about SD they always had to say that SD was a racist party who hates all immigrants
In 2010 elections SD for the first time got 5.7% (over 4%) so because of it the media could not deny the party any more and had to include them on all tv shows, radios... just like any other political party 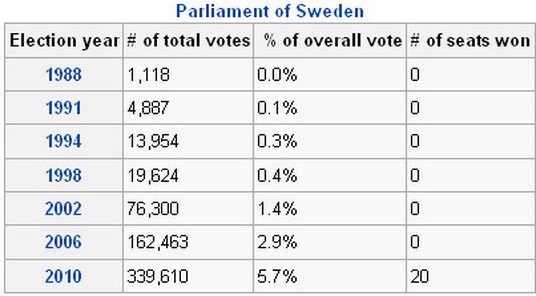 The leader of SD Jimmy Åkesson also plays keyboard in a band called Bedårande Barn
FAR LEFT/IMMIGRANT LOVING PARTIES?
After the fall of the Soviet Union the far left in Sweden have not done much
The left party (Vänsterpartiet) is in the parliament but the so called communist parties that want a Soviet Union style government will probably never get anywhere as with most far right parties
Parties are formed-->many people (mostly punks) join to belong-->kicking some Nazis and violence at rallies with the far right-->parties disband-->members who are older either join mainstream society or keep fighting with other means other than joining left wing small parties full of people under 25


The 2 biggest left oriented parties in partlament include:

Vänsterpartiet (the left party) also known unofficially as the Swedish communist party has had many name changes but during the time since they were created in 1917
The party has:
-Supported the left in the Spanish civil war by sending 520 Swedes where 164 of them died
-"The party was the sole political force in Sweden supporting the Soviet side in the Winter War...The party supported Soviet military expansion along its Western border.
Ny Dag, the main party organ, wrote on 26 July: "The border states have been liberated from their dependence of imperialist superpowers through the help from the great socialist worker's state"-When Joseph Stalin died, the party organized a memorial function
-When the Hungarian revolt broke out in 1956 the party leadership chose to support the official Soviet line
Source 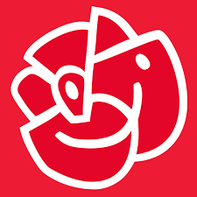 Socialdemokraterna (social democrats) were in power for decades and during this time up to 63000 people, mostly women, were sterilized under a racial purity program approved by the state until 1976
Source
The video below about the bad history of Socialdemokraterna can be changed to have English subtitles 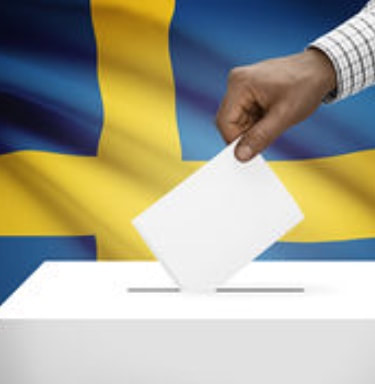 Don't forget to vote if you live in Sweden, buy below and check out the subpages for more info on specific parties 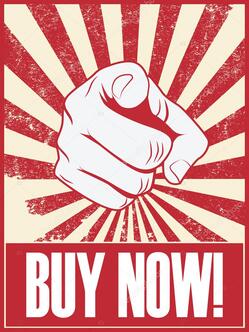 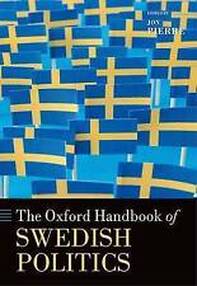